From the 16th to the 24th of February 2016 the association ASAP Europe, organized the Erasmus+ KA1 Youth Exchange UNITED: Understand Neighbors Integration Through European Dances, supported by the European Commission under the Erasmus+ program.

The topic of the exchange was the intercultural knowledge through dance as an instrument of dialogue and mutual respect and was held in Fasano, Italy.

The exchange was attended by 40 young people from 8 countries: Italy (Asap Europe), Lithuania (VsI “Jaunimo epicentras), Poland (Stowarzyszenie Mlodziezowych Inicjatyw Tworczych – Creator), Greece (Interalia e Youth Horizons), Macedonia (Asocijacija za napredok, edukacija i lobiranje -PEL), Croatia (Civilna, edukativna i transparentna platforma – CET), Spain (AC Amics de la Biblioteca de la Fonteta) and Romania (Asociatia SUPER TINERI -ASIRYS). The average age was between 18 and 25 years old and most of them participated for the first time to a project under the Erasmus+ program. The passion and the entrepreneurial spirit of the group made very positive this experience for everyone.

The aim of the project was to support the mutual knowledge and understanding of the young participants about different cultures and the rich heritage of traditional dances existing in Europe.

During the week, the participants were involved in group activities, energizers, role-play and workshops according to the non-formal education principles, recommended by the European Commission. The focus of the exchange was dance meant as an instrument to break down prejudices and stereotypes and creating relationships among young people.

Every day of the week there were 4 activity sessions; the participants used free time to know each other, relax, discover the territory and organize the various workshops

Tuesday, 16th: from the morning until the evening all participants arrived in Fasano. After dinner we spent the evening doing activities useful to know each other (Name Game, Towel Game, True & False).

Wednesday,17th: the morning session was focused on the presentation of the programme and the coordinating team; to the formulation of group’s rules, the exploration of fears, expectations and contributions of each participant on the imminent experience. In the afternoon, the first session was a very funny activity: Mission Impossible, aimed to create a group spirit and a greater mutual understanding; the second one was about the exploration of the concept of culture and cultural diversity (Mouse Game). During the evening, after dinner, we had our first intercultural night: the participants from Lithuania, Spain and Macedonia introduced us to their typical food and drinks, explaining ingredients and origins, giving the opportunity to everyone to learn about their culinary traditions.

Thursday, 18th: after a first activity about stereotypes and prejudices (Abigale Story), participants committed themselves, in groups, in choosing and represent through role-playing and dancing the main traditions of the different countries, in which music has a central role. In the afternoon, there was the first workshop held by participants from Greece who explained us the origins of two traditional dances and tried to teach the basic steps to the whole group. In the evening there was the second intercultural night, in which the participants have discovered flavors and traditions of Romania, Croatia and Poland.

Friday, 19th: the first session was focused on the issue of participation and inclusion of young people with fewer opportunities, while in the second session there was the Macedonian workshop with songs and dances. In the afternoon the group had the possibility to admire the beauty of our territory thanks to a short trip organized in Polignano a Mare.

Saturday, 20th: the day was dedicated to various workshops. Spain, Poland and Italy, involved participants in different dances, explaining the origins and characteristics. The evening was spent in Fasano: the group visited our town, walking through the streets of the old town and the  Portico delle Teresiane.

Sunday, 21st: free time morning. Some of the group visited the Zoo Safari and others went to Savelletri. In the afternoon it was the turn of the Lithuanian workshop.

Monday, 22nd: After an activity focused on intercultural learning, there were the last two workshops of Romania and Croatia. The last session was dedicated to the preparation of the final performance. In the evening we had our last intercultural night in which the protagonists were Italy and Greece.

Tuesday, 23rd: during the morning we talked about Erasmus + and guys had the chance to work on future project ideas, during the afternoon the participants were involved in different activities, in which they could evaluate the week and the learning process and themselves about the gained experience and the acquired skills. Then they received the Youthpass certificate. It was an intense moment full of emotions, in which guys shared opinions, feelings and impressions. Finally, it was organized an evening opened to the local community of Fasano where participants performed the traditional dances of their mother countries. The evening was also livened up by the performance of a Fasano group of musicians and dancers of the association “Impronte di Puglia” that involved everyone in pizzica and quadriglia  (italian traditional dances).

Feedback from one of the organizers, Maria Vita: “It was for me very satisfying, useful and constructive because it allowed me to meet people from different countries, make new friends, overcoming the initial shyness and improve my English, as well as create a good relationship with each participant”. 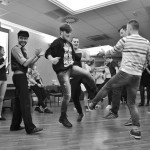 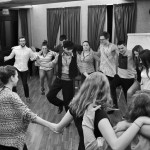 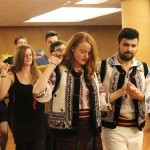 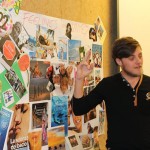 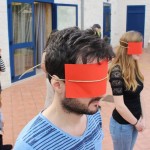 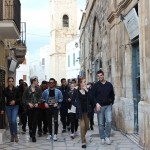