The first meeting for the project “Chance 2 Change” took place from 5th-6th October 2017 in Skopje, Macedonia and it was implemented by Association PEL in partnership with CooLabora from Portugal, Roter Baum from Germany and Arci Strauss from Italy. The project is financed by Portuguese National Agency, within Erasmus + Programme.

During the first day of the meeting we had a short presentation of the partners where we had the chance to get to know each other better. Then we had a discussion of the project’s work plan. We also discussed and shared between partners the dissemination plan and did some administrative arrangements regarding the documentation and the procedures.

The second day of the meeting was dedicated to a local workshop which was held in EU Info Center Skopje, where we presented the project, as well as some student initiatives and activities against violence and some positive examples on solving youth violence in our country. As participants we had representatives from Universities, High and Primary Schools, both professors and students/pupils, and representatives of other NGOs working in the field of violence among young people.

The workshop ended with a discussion among the participants where they had the chance to ask some questions or share their personal experiences and suggestions with us. 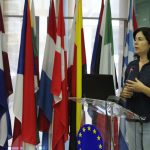 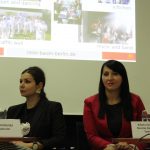 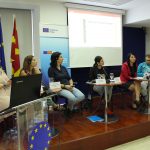 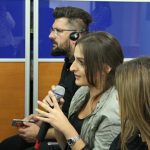